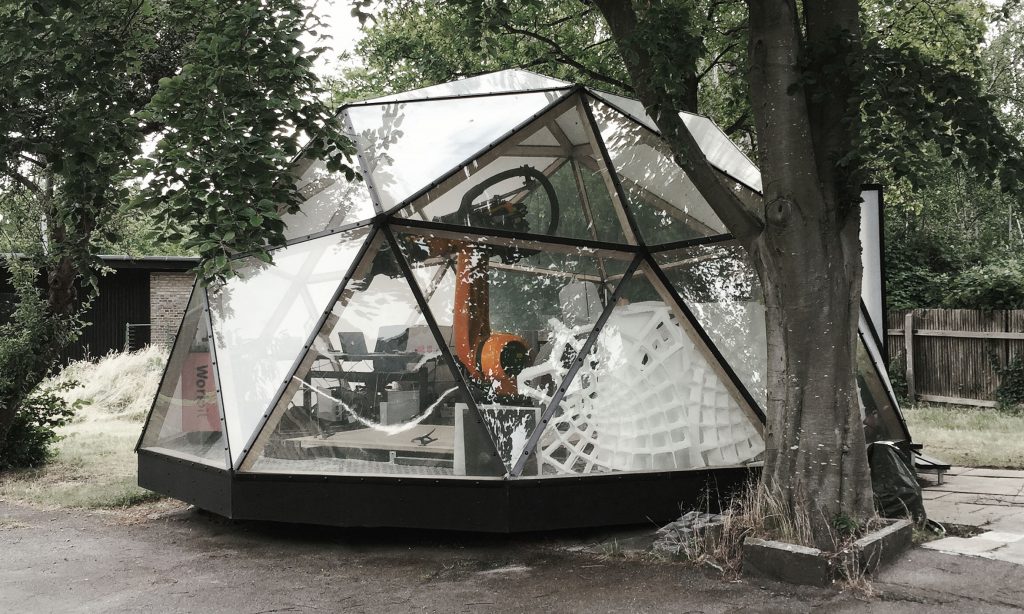 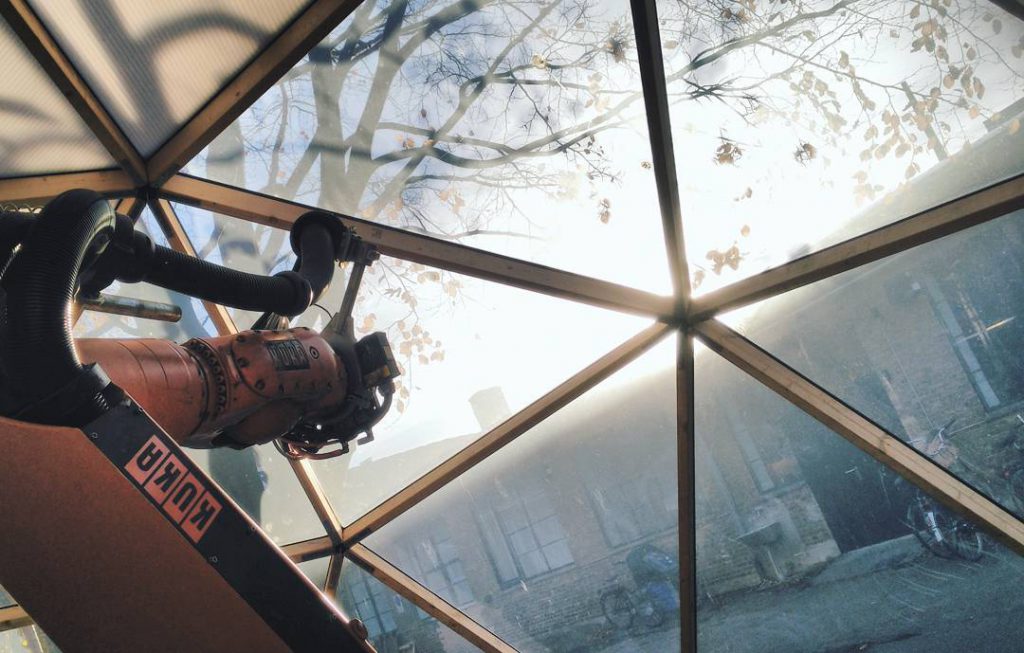 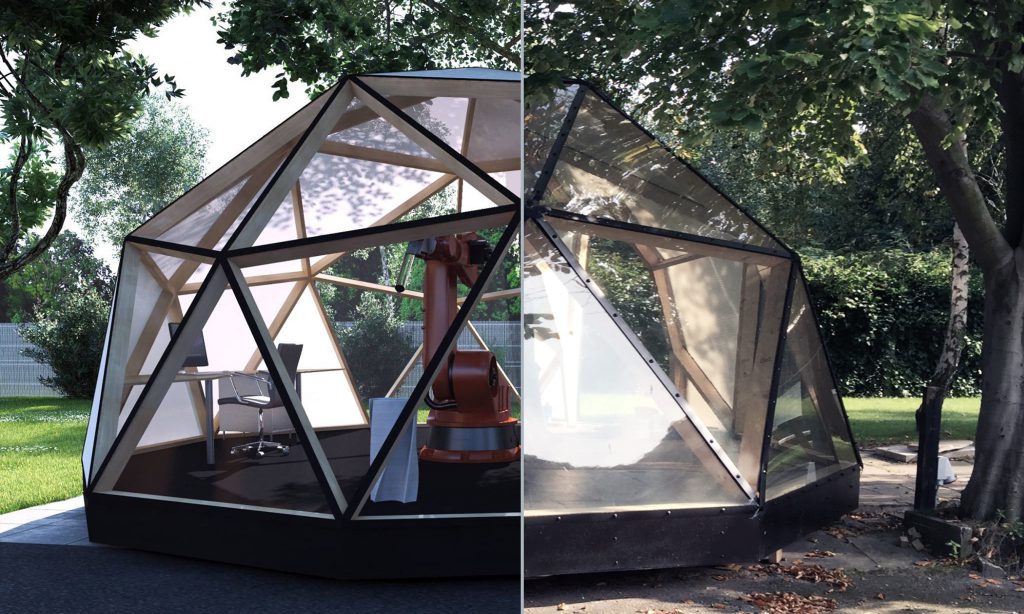 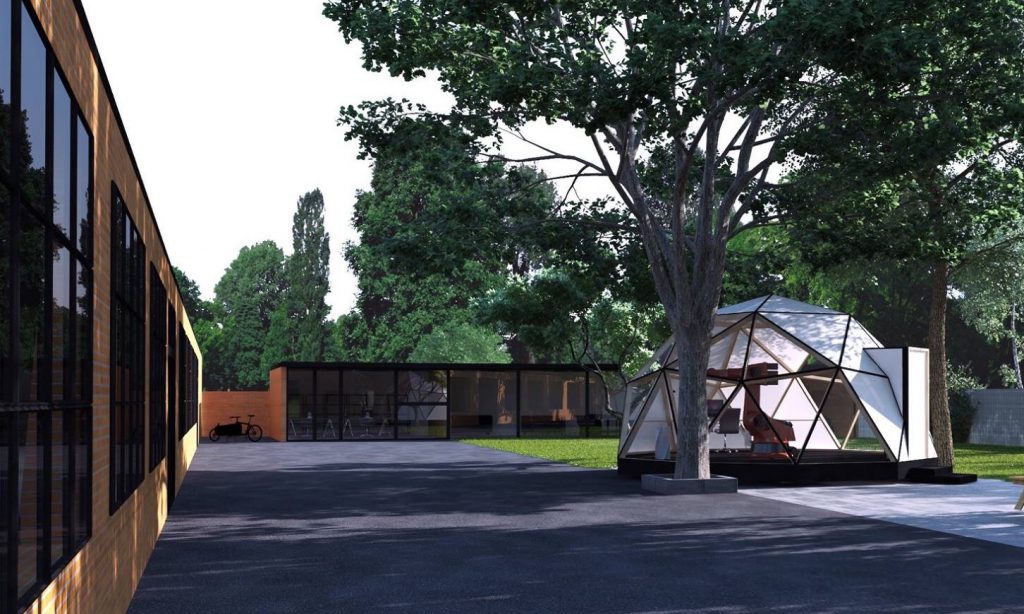 When JHA relocated to Copenhagen late 2016, it was a challenge to find a space suited for both a robotic FabLab and our architectural studio.
In the end, the opportunity to build it in a material- and labor efficient way, in the courtyard of a shared office space located in an old industrial building, was the best solution.
The Geodesic Dome structure fits the Robotic Arm’s Work envelope and, the Semantic has since its invention by German engineer Walther Bauersfeld in 1919, and later popularization by Buckminster Fuller, stood for innovation and technology.

The geometry of the geodesic dome, originate from common geodesic formation patterns in nature and is in a dome construction so rigid that material usage is reduced significantly, and because of the repetitive systematic of structural members, it is furthermore easy to manufacture and built.

Planned in late 2016 and finished spring 2017, the dome has since housed Jacob Hilmer Architecture and its Architectural Robotic Manufacturing (ARM) studio.