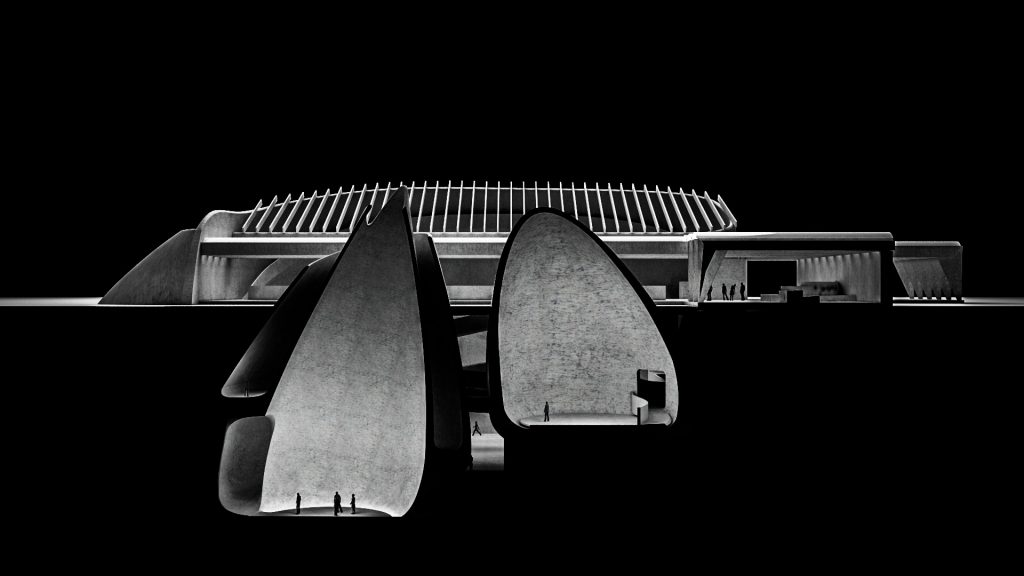 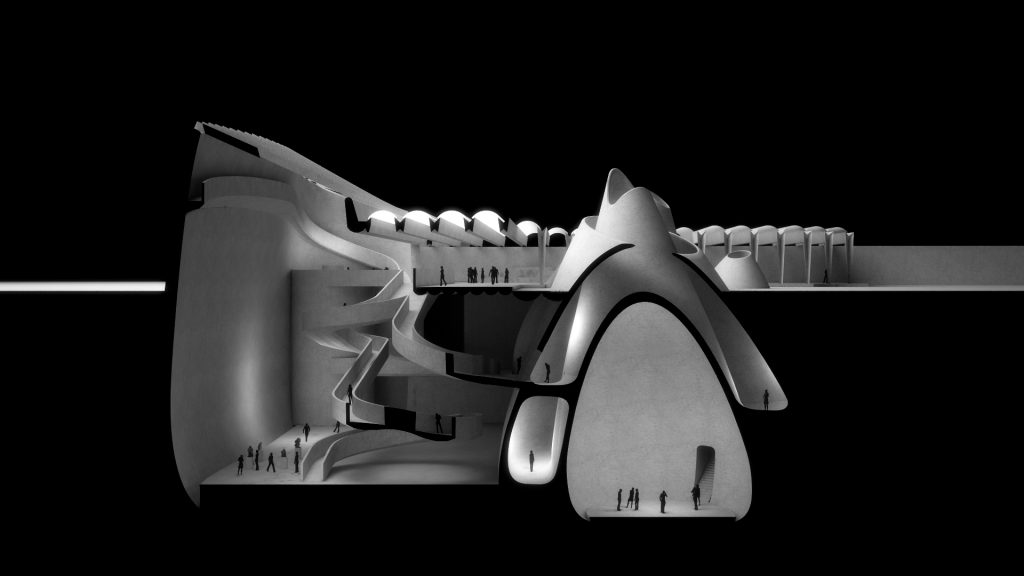 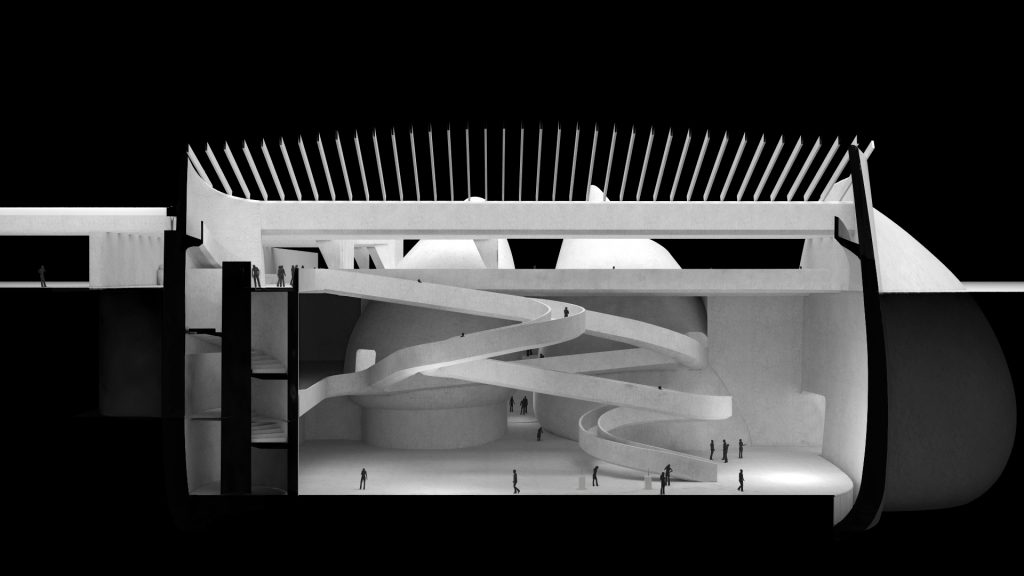 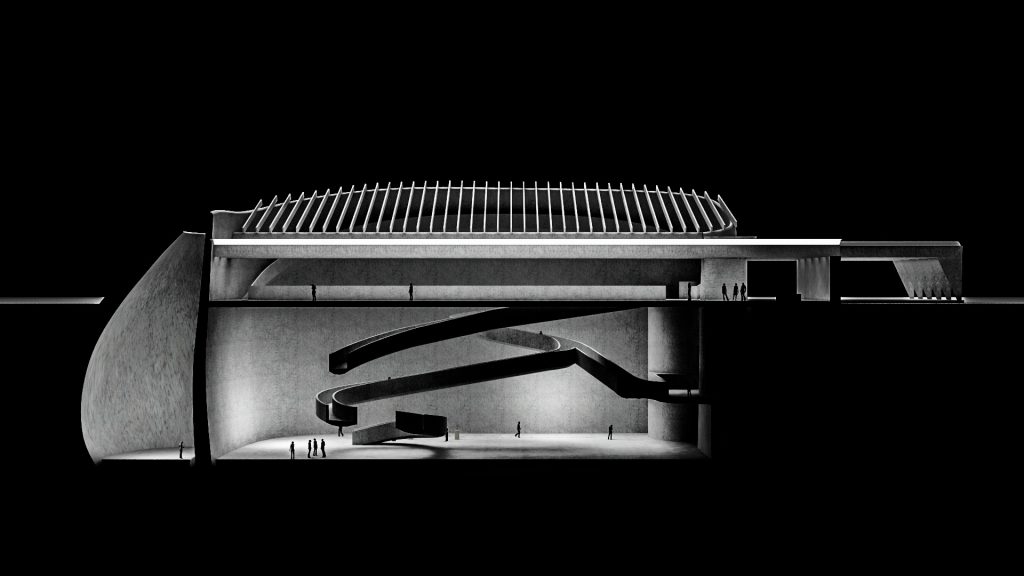 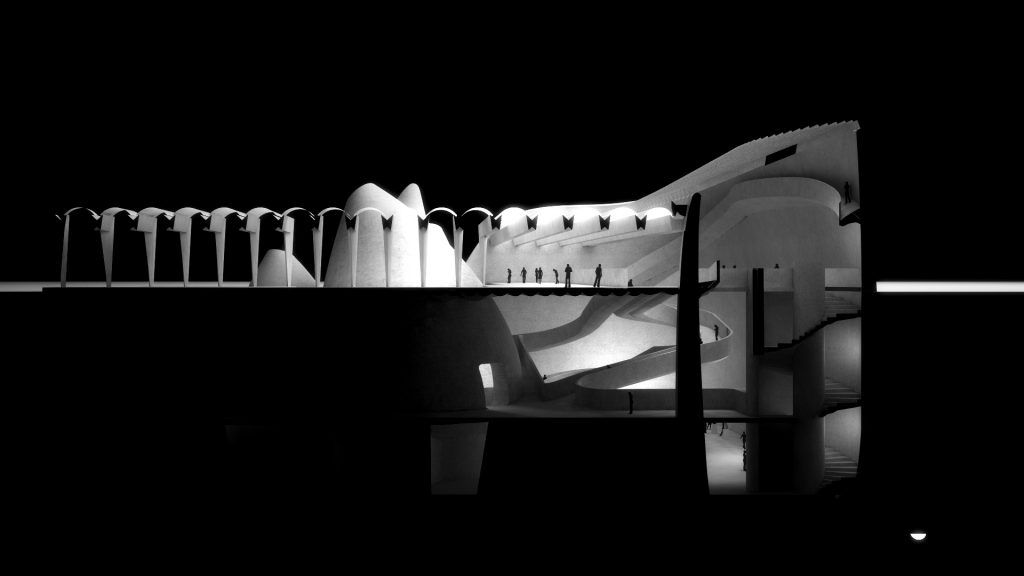 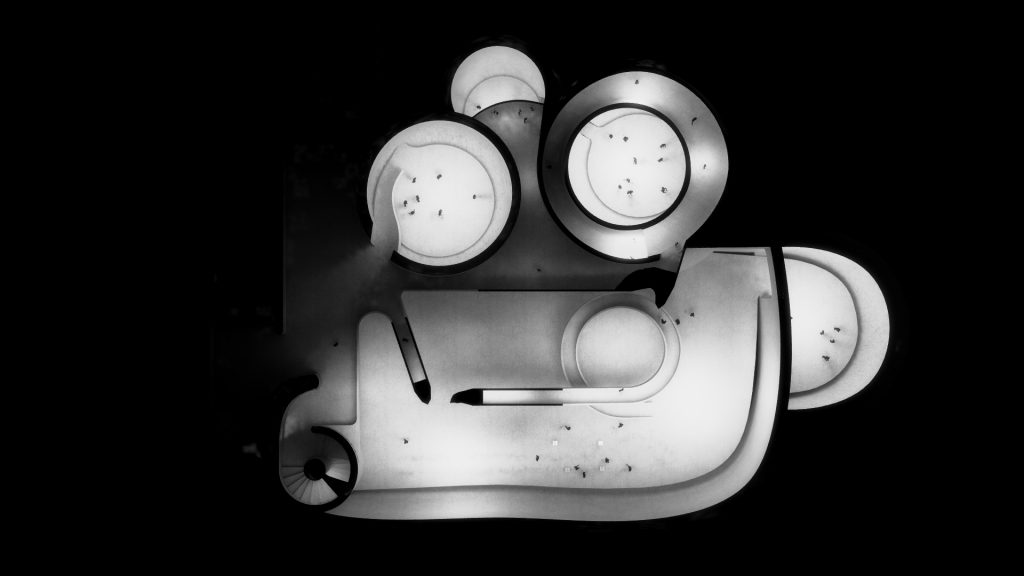 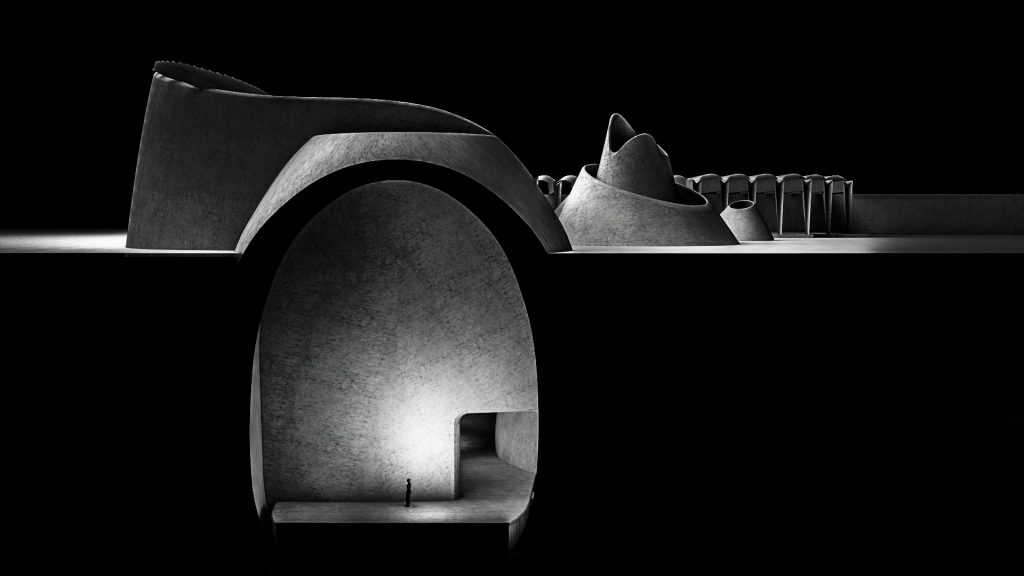 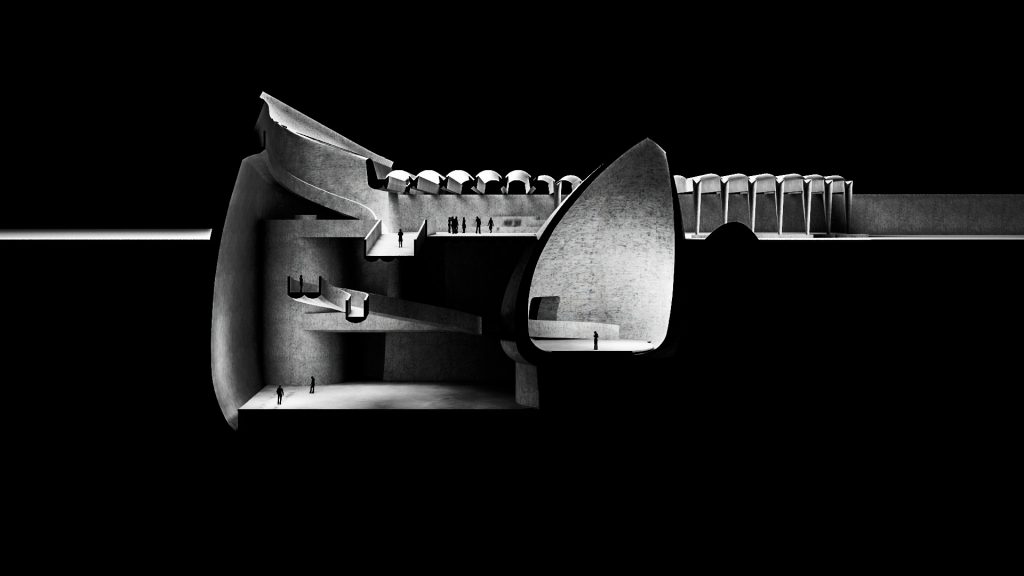 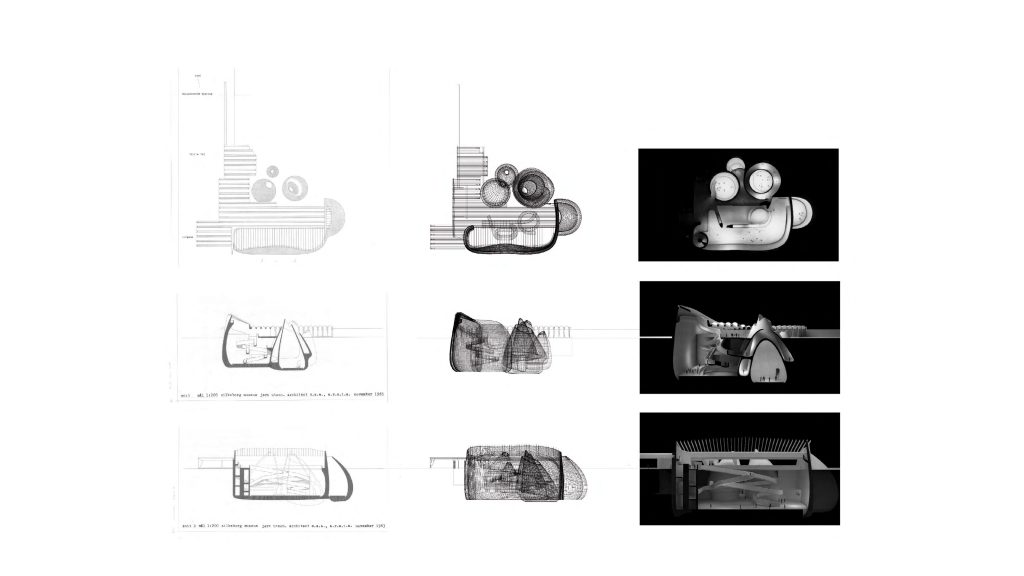 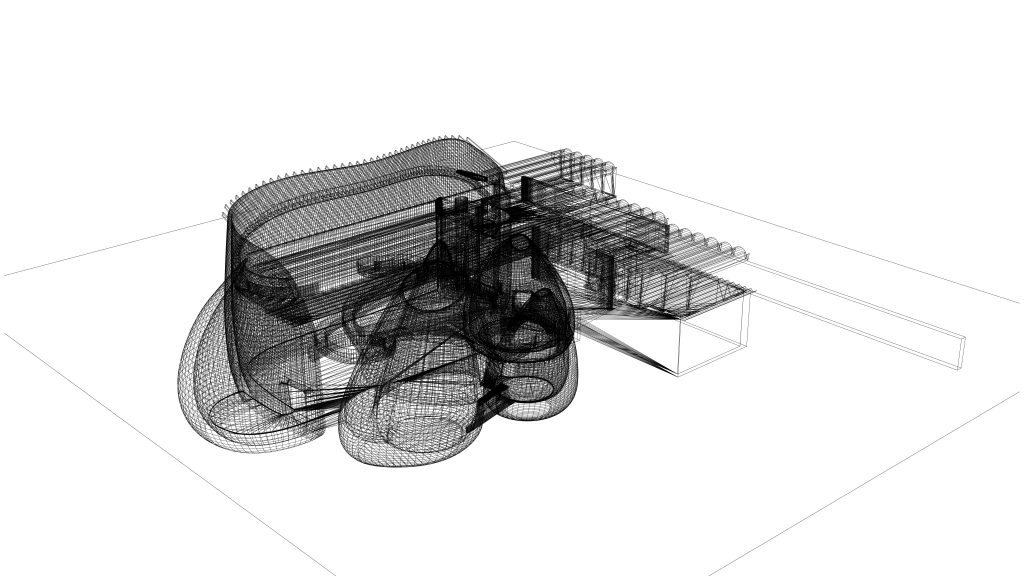 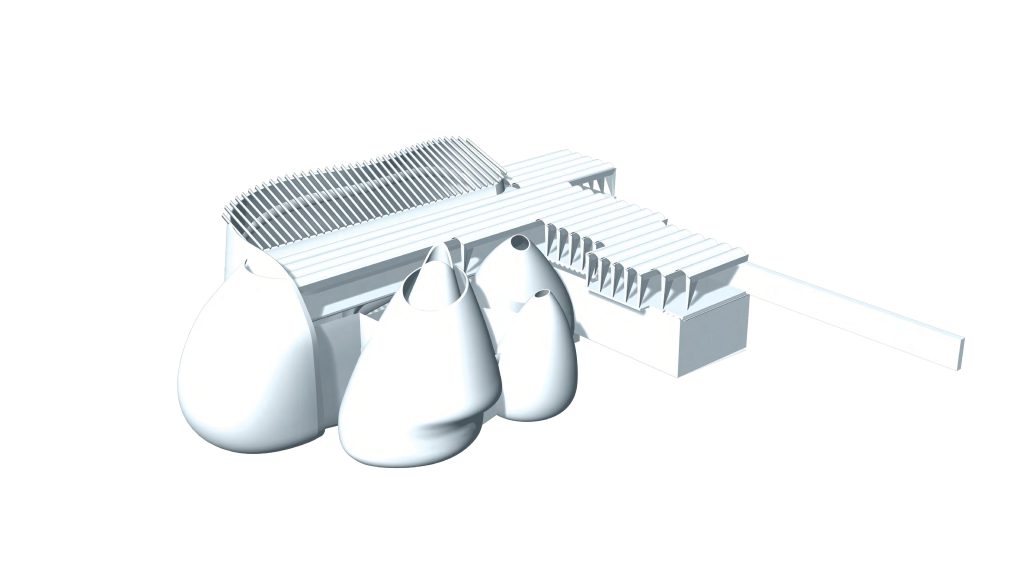 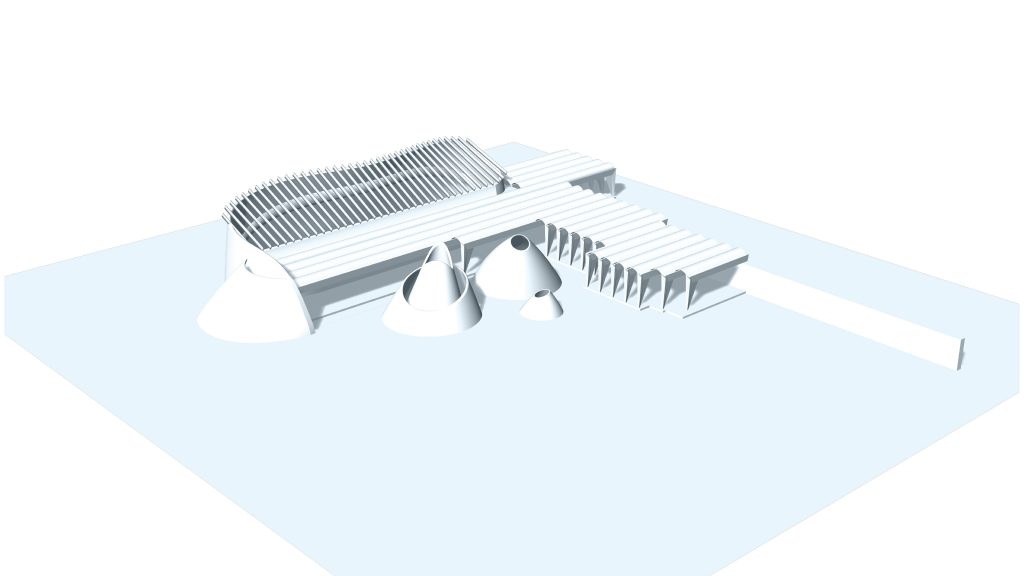 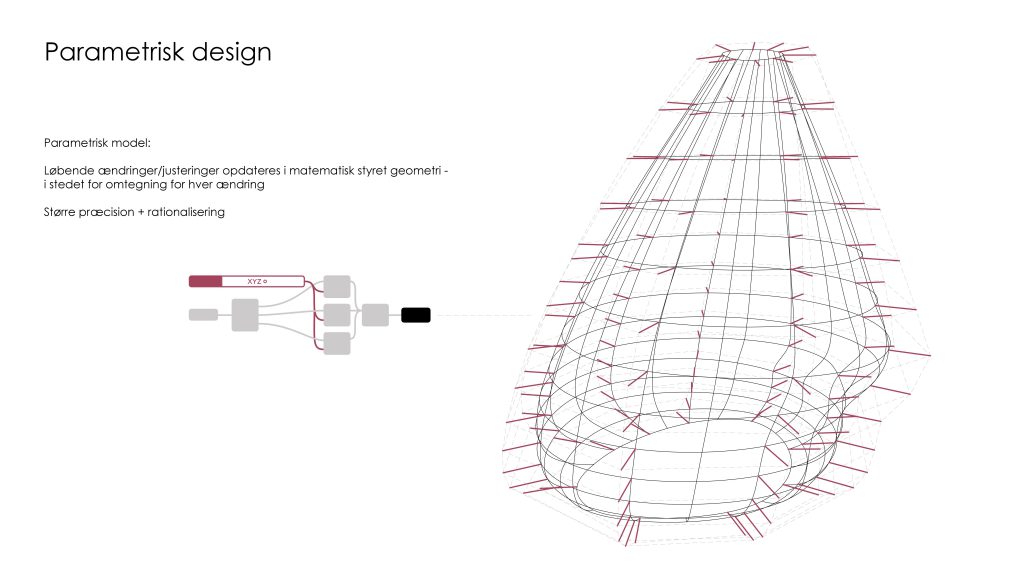 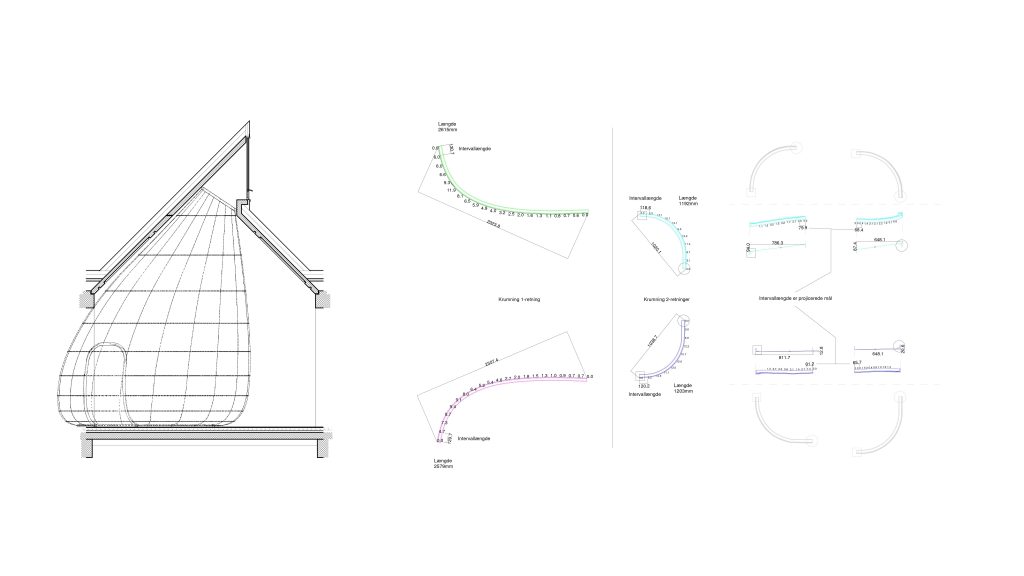 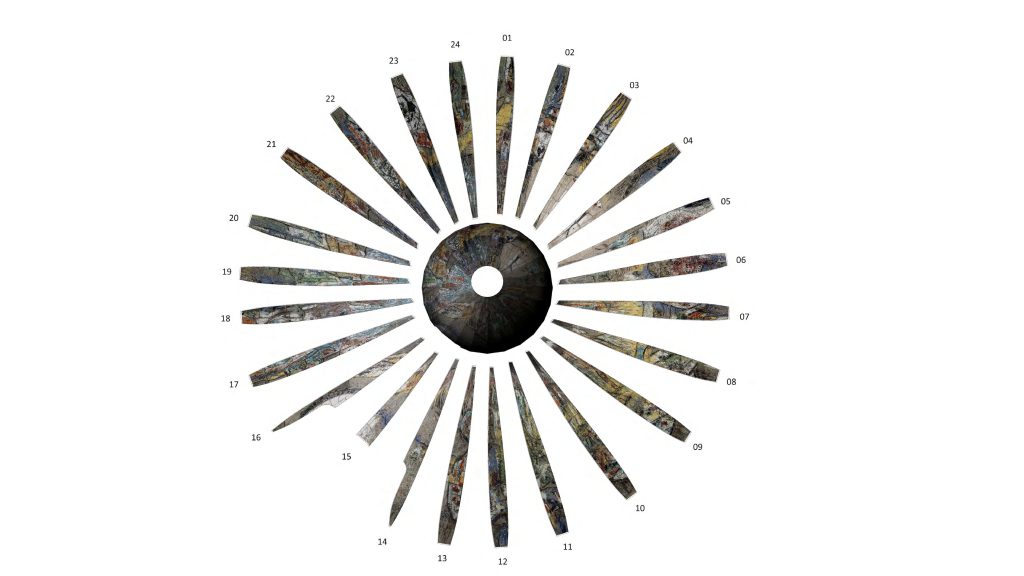 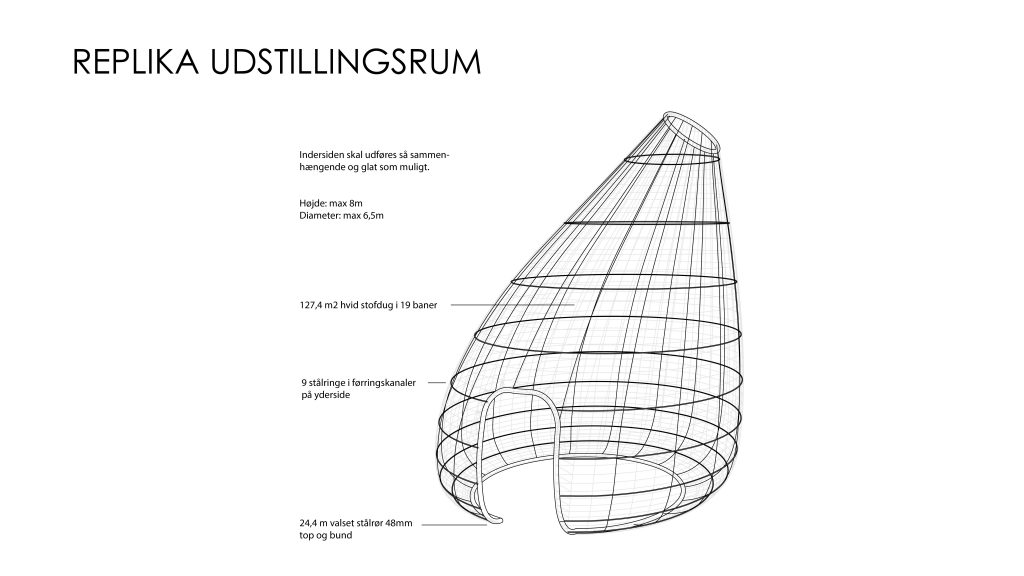 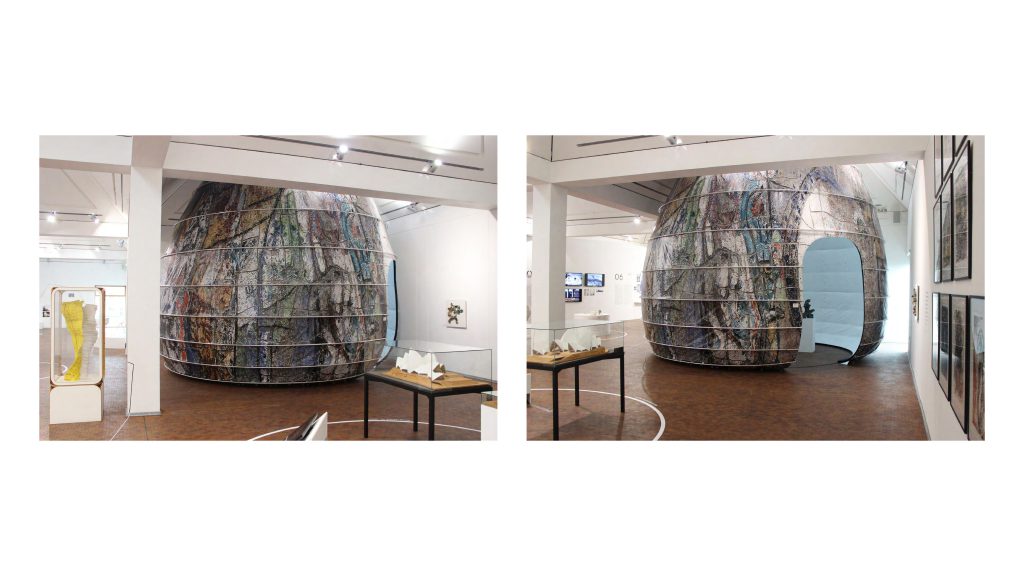 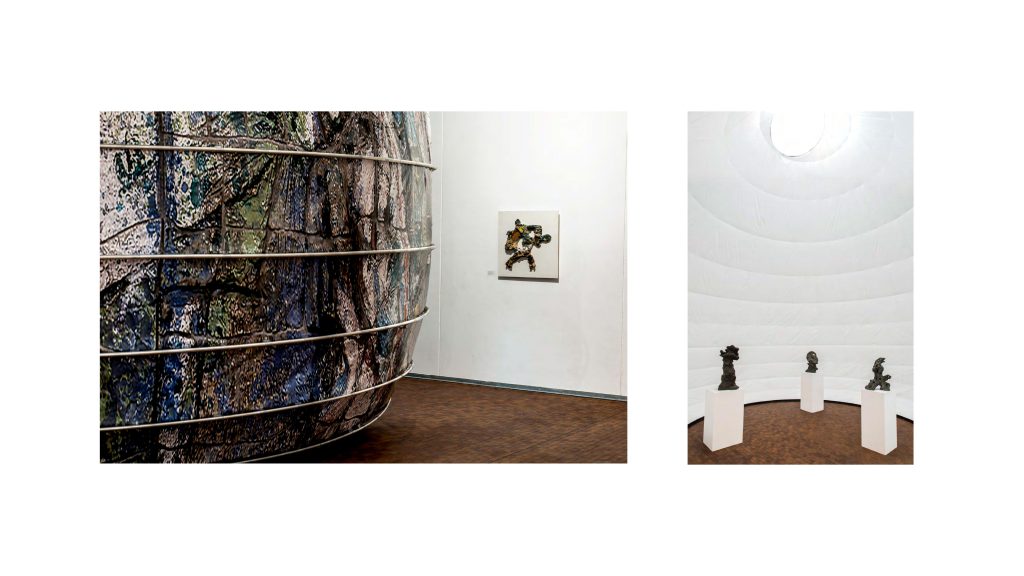 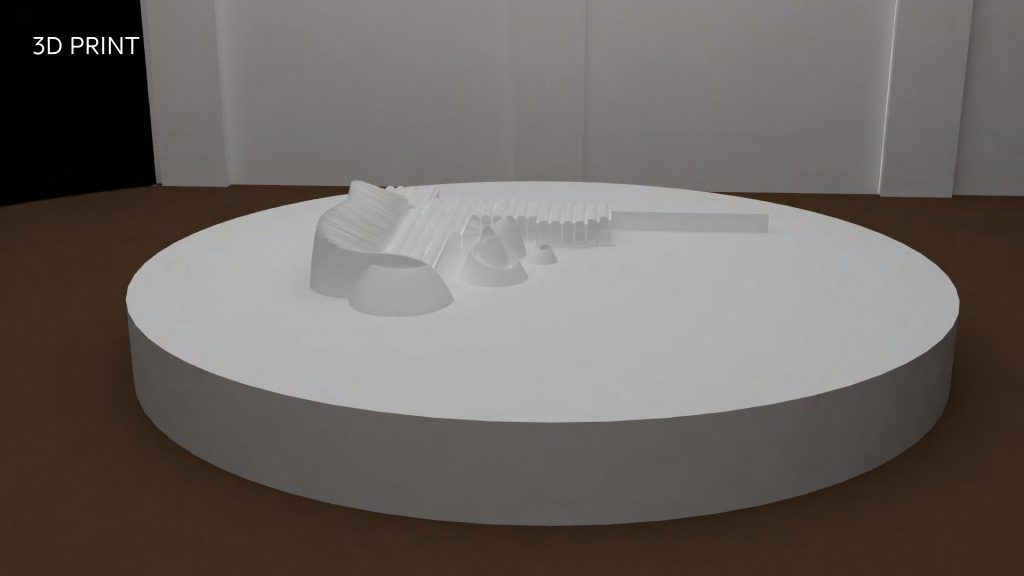 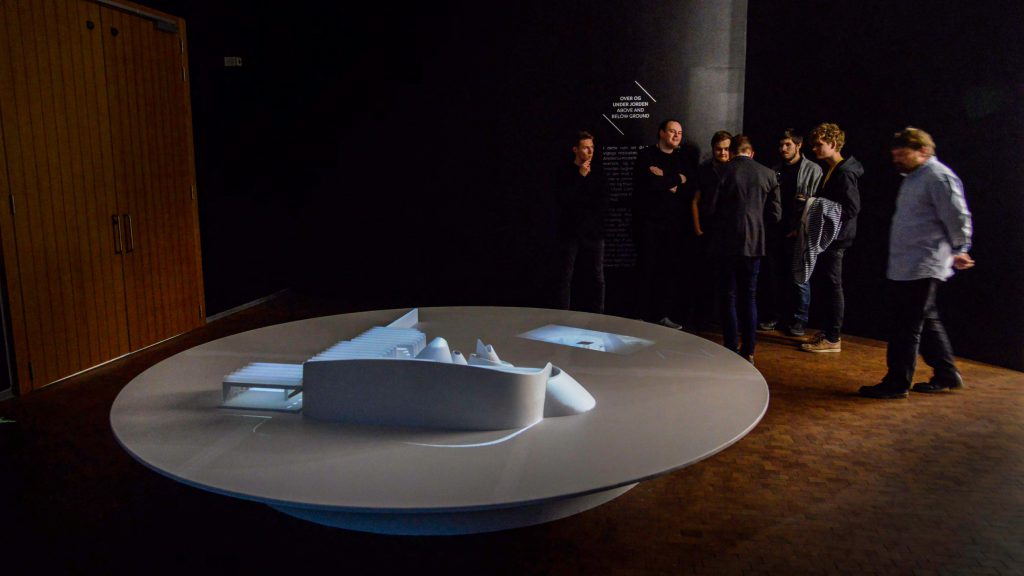 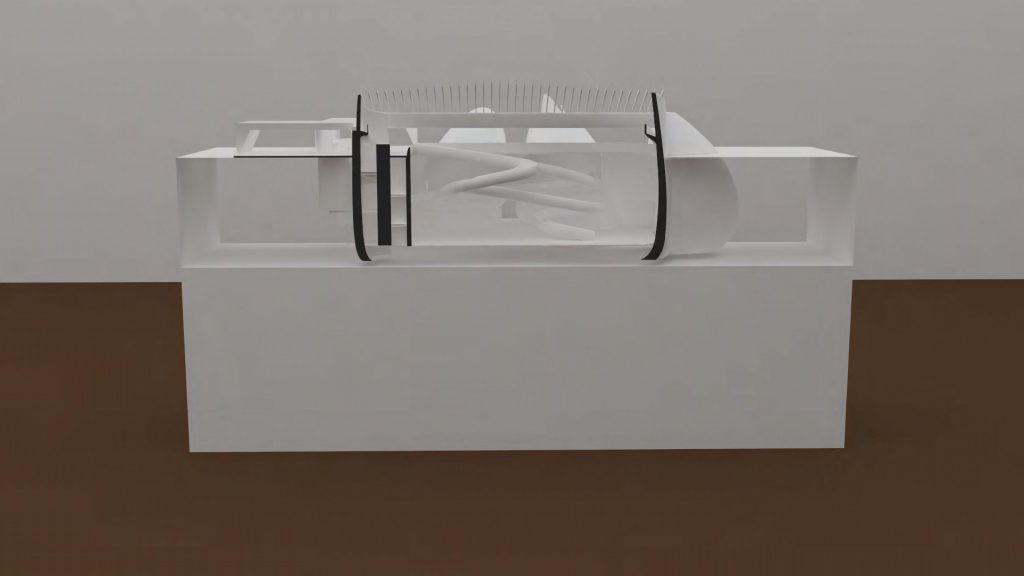 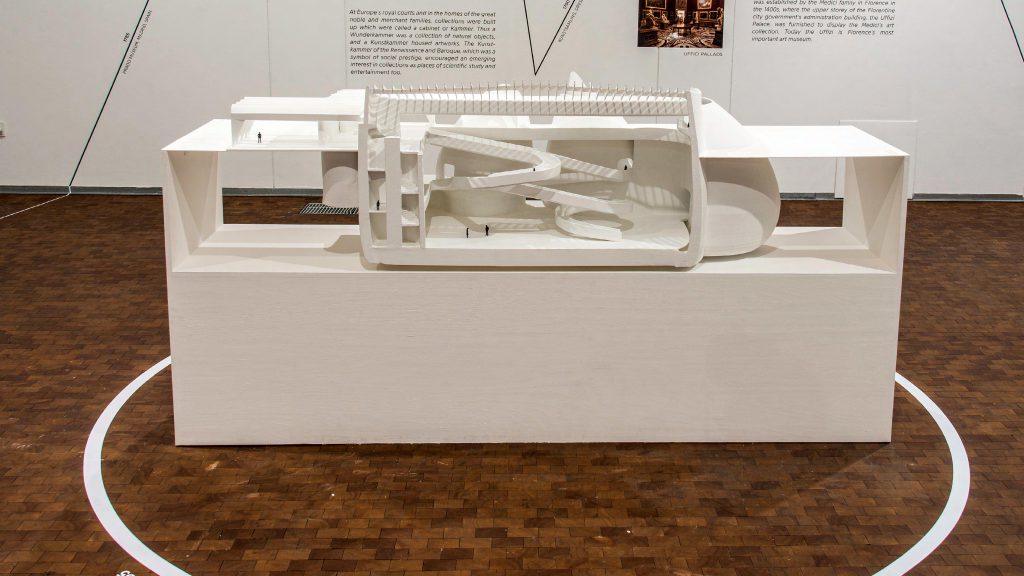 FATAMORGANA is about Jørn Utzon’s mythical unbuilt project for Silkebrog Museum intended to house the art and private collection of the Danish expressionist painter Asger Jorn.
The exhibition unfolds the museum, which never was realized. A museum where art meets architecture and Utzon and Jorn worked on the edge of the possible!

FATAMORGANA takes you into a story, a fantasy, which shows in glimpses the museum that today, more than 50 years later, stands as one of the greatest mirages in the history of architecture, with its large onion-like building structures buried in the landscape. Architects have been admiring the original drawings of its genius winding ramps and spectacular spatial interconnections for decades. 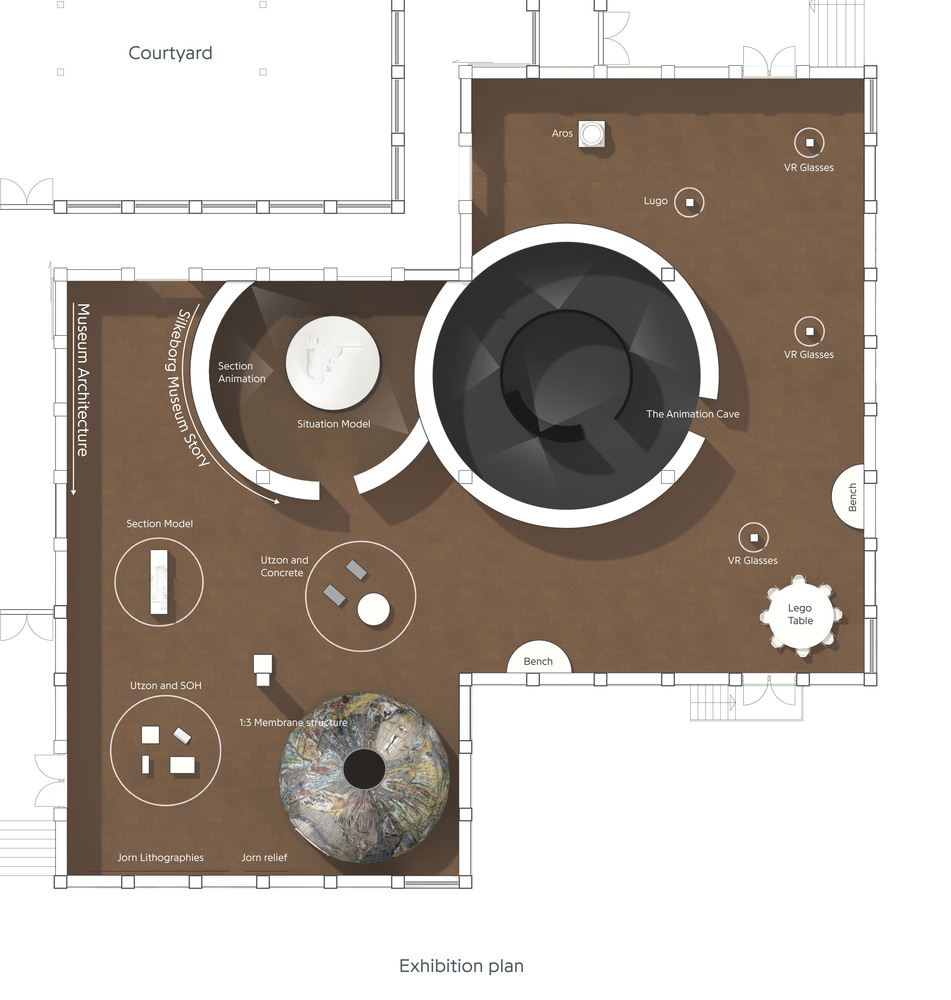 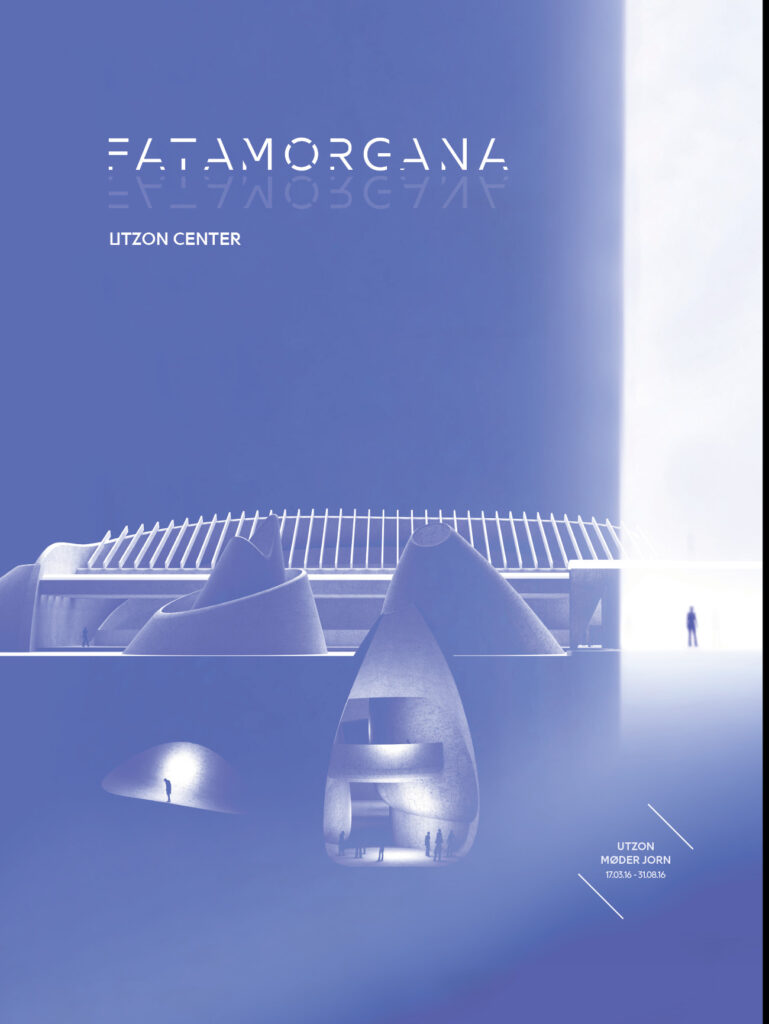 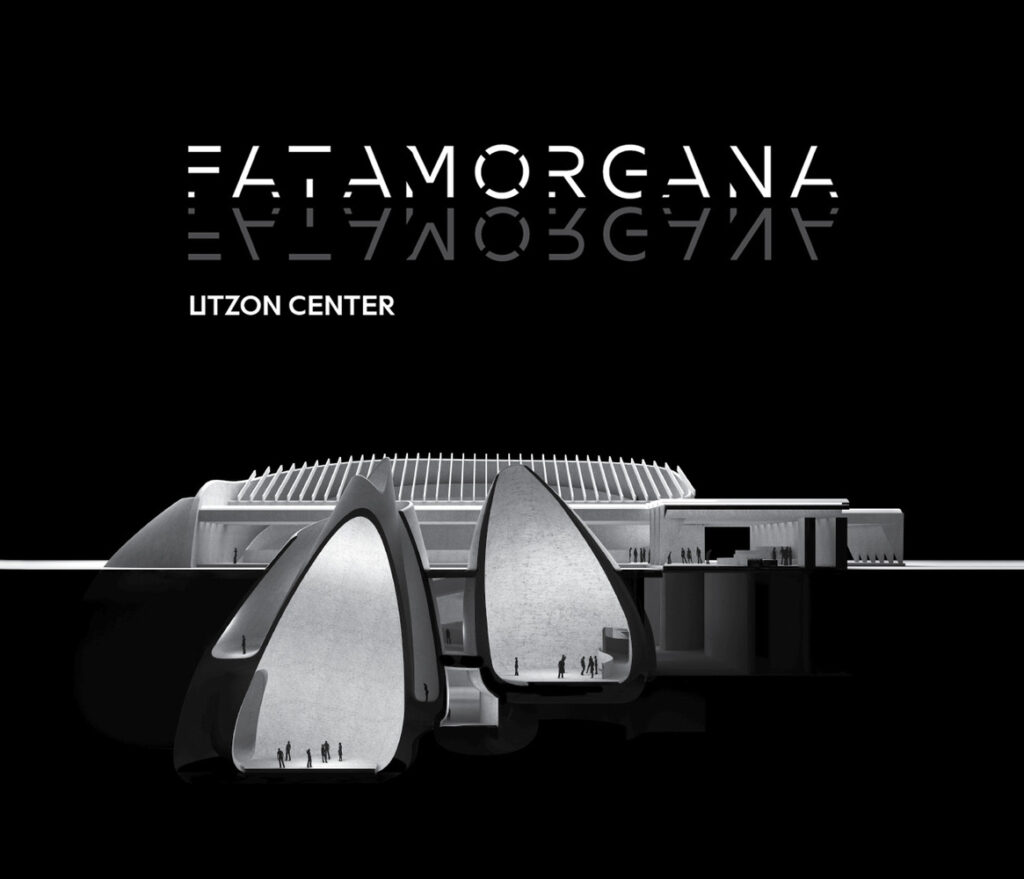