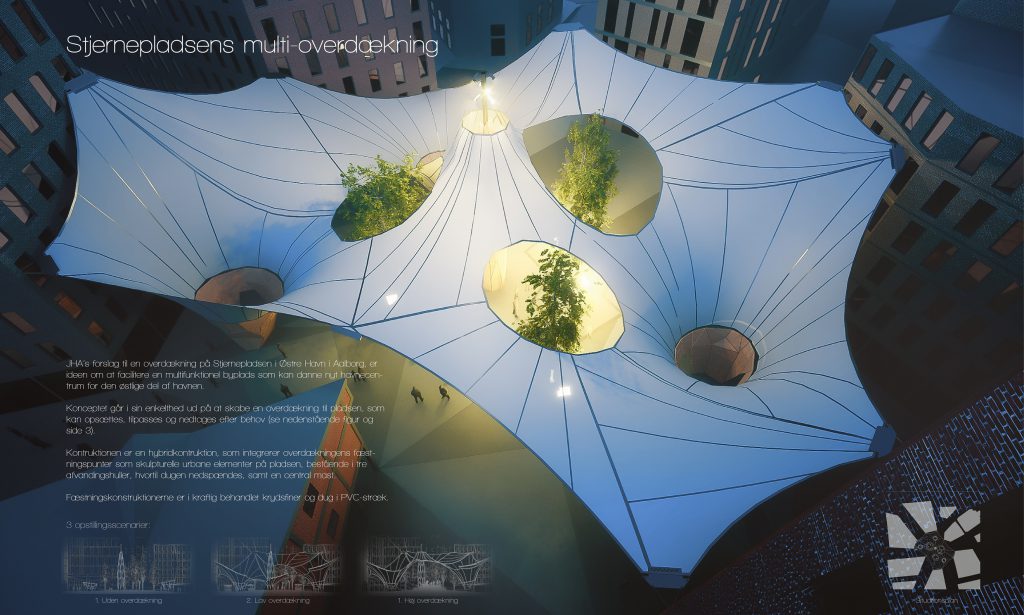 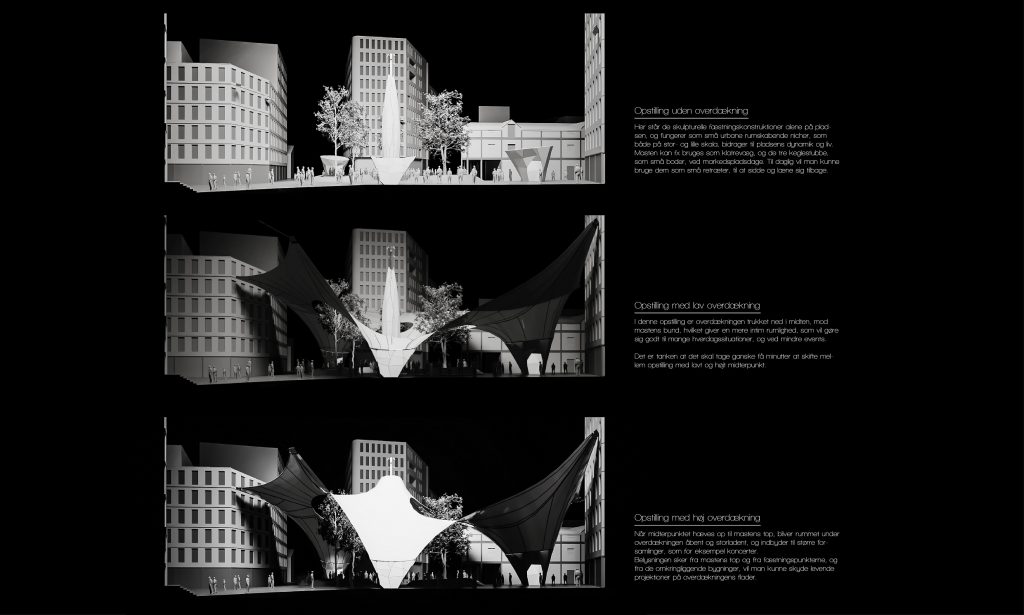 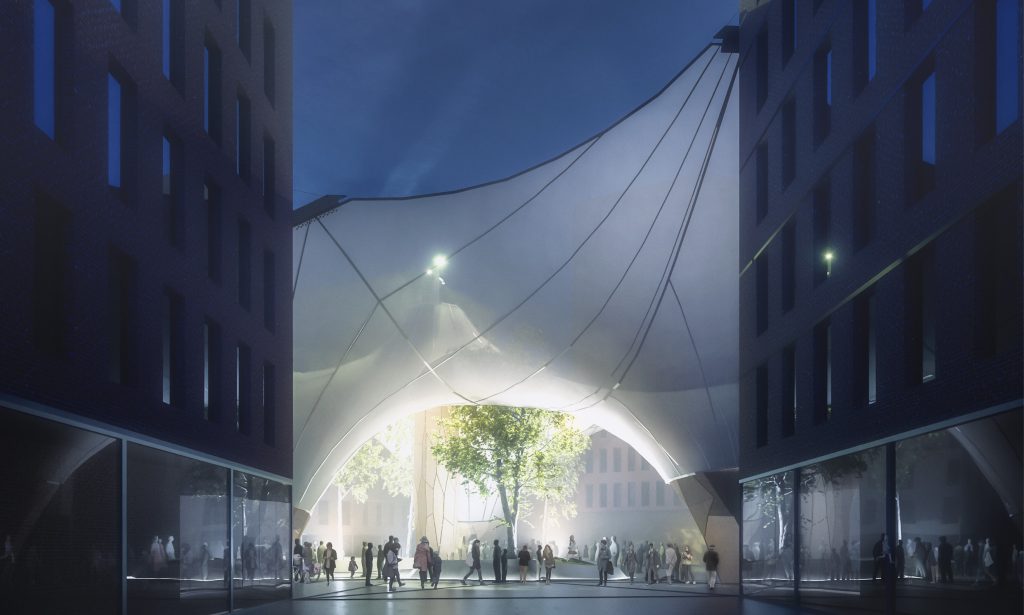 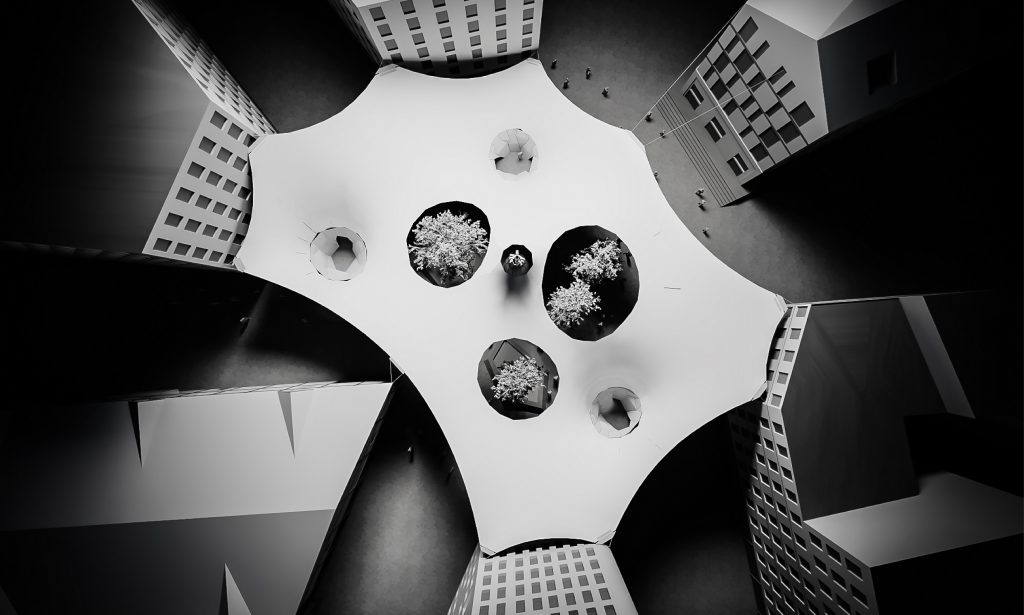 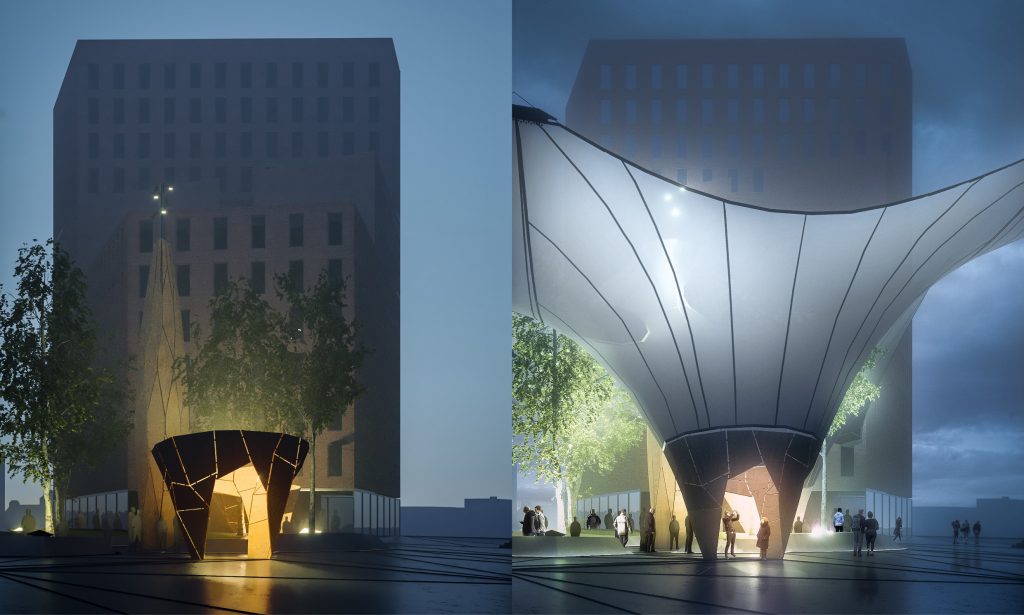 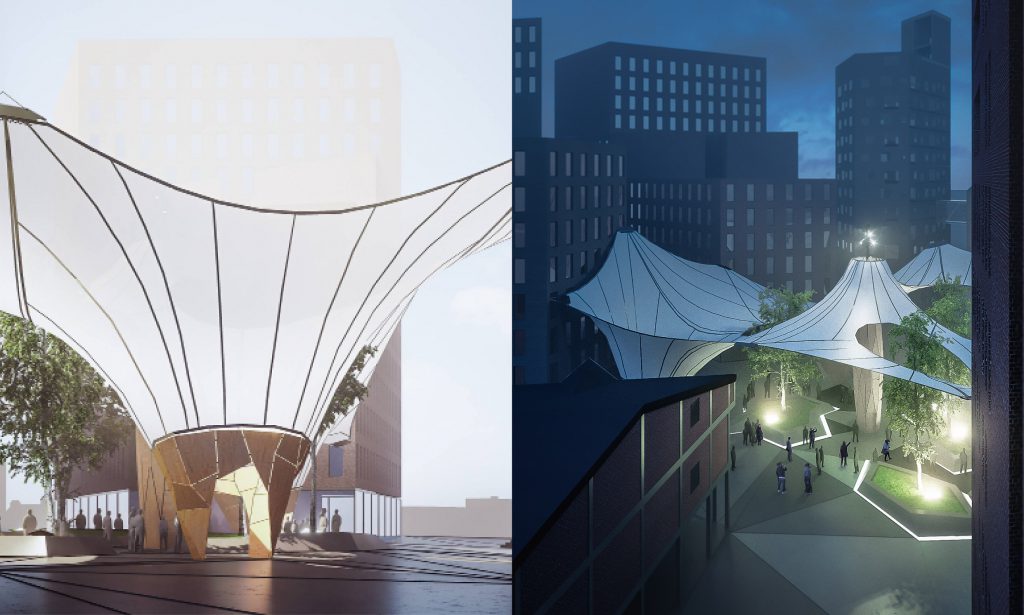 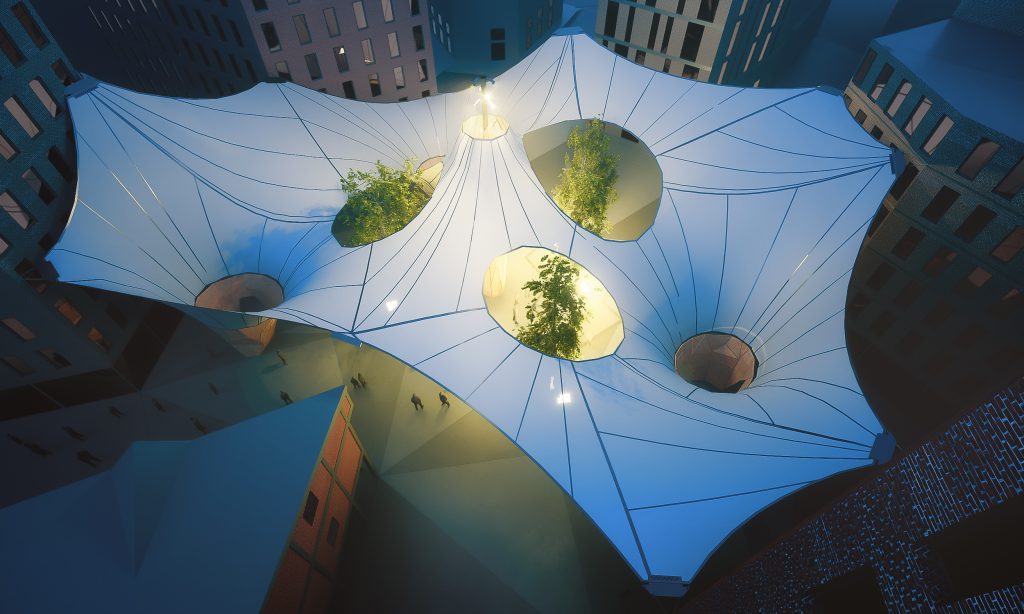 JHA’s proposal for a canopy at Star Plaza (Stjernepladsen) at Østre Havn in Aalborg, is the idea of facilitating a multifunctional city square which can form a new harbor centre for the eastern part of Aalborg city harborfront.

In its simplicity, the concept is to create a canopy for the space, which can adapt to different situations, settings, and events (see figure).

The construction is a hybrid construction, which integrates the anchoring cut-outs of the canopy as sculptural urban elements on the site, consisting of three drainage holes, as well as a central mast.